Experimenting with data in the town centre

For our R&D challenge in Bury St Edmunds, we worked with three teams of local creatives, challenging them to develop a series of prototype artworks for the town centre that playfully explored how data about us is collected and can be interacted with. 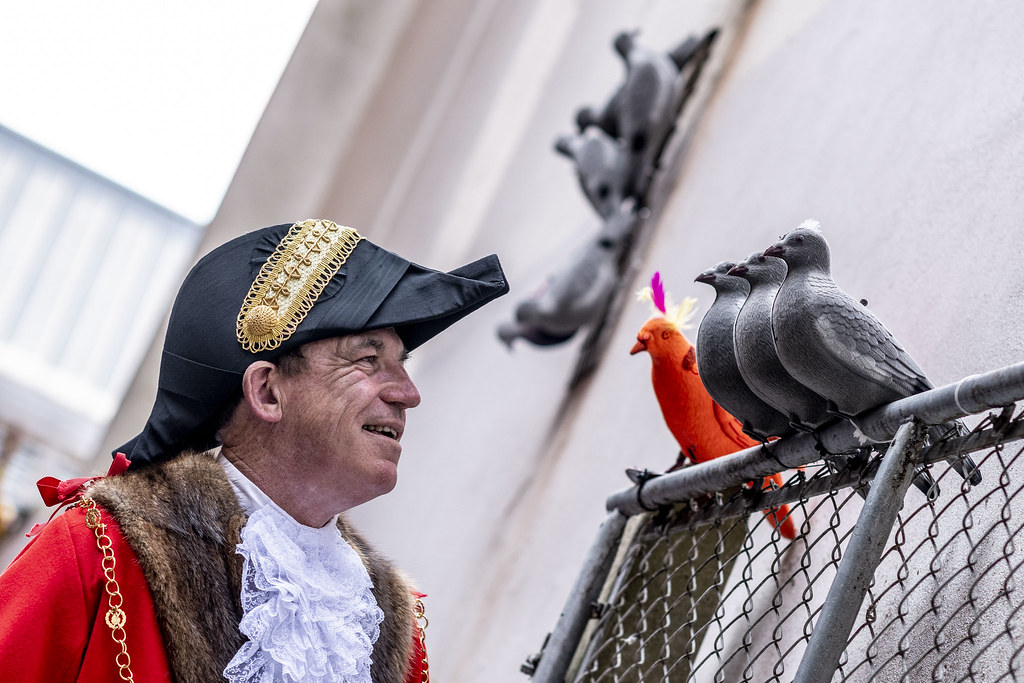 Over a period of five months, a programme of professional development activities supported and inspired the creatives to design and develop projects that explored new ideas, ways of working and technologies. The resulting public artworks were shown over a weekend in April 2018, attracting more than 200 people.

Barbara Dougan and Henry Driver used facial recognition software to present their avatar TEO, who tracks people’s facial expressions in return for their time in front of the screen. TEO was presented in a number of shop windows and locations across the town.

Team Difficult Spaces (Liz Cooke, Mark Wharton, Deborah Martin-Pipe and Jac Campbell) inaugurated and animated a new route through the town with the unveiling of Pigeon Parade. Here a range of pigeon-inspired installations triggered a range of actions via Bluetooth as pedestrians explored this newly named cut-through alleyway.

A team from West Suffolk College led by Gary Willis and emerging playwright James McDermott created new story monologues exploring the impact of social media on young people’s sense of identity and self. The monologues were performed by eight drama students at various times and locations around the town centre.

Jacquie Campbell‘s work focuses on the entanglement of people with place and our relationship with our surroundings. Deborah Martin is a visual artist based in Bury St Edmunds. Liz Cooke creates willow sculptures on a steel armature. Mark Wharton is chief technology officer at Iotic Labs.

James McDermott is a young playwright based in East Anglia. His plays include Rubber Ring, ManHug, Steam, and Bros. West Suffolk College, based in Bury St Edmunds, is the 3rd best college in the country and one of its leading apprenticeship providers.

Marcus Romer is a director, producer, playwright and filmmaker.  He was artistic director of  Theatre Company Pilot Theatre from 1993 to 2016 and has directed work across in the UK, throughout Europe and in Argentina.

Ben Pugh is a production manager providing comprehensive management infrastructure for projects, productions, festivals and events in the creative and cultural industries.

Gavin Toomey is a film director, writer and producer of drama, promo and documentary films.