Presented by Collusion and the St Neots Smart Place initiative

Future Takeover was a three-day event that took place from 24 – 26 Janaury 2019 exploring the long-term growth of St Neots and its creative sector through ambitious thinking. The event was designed to provoke citizen-led responses to plans to expand the town. 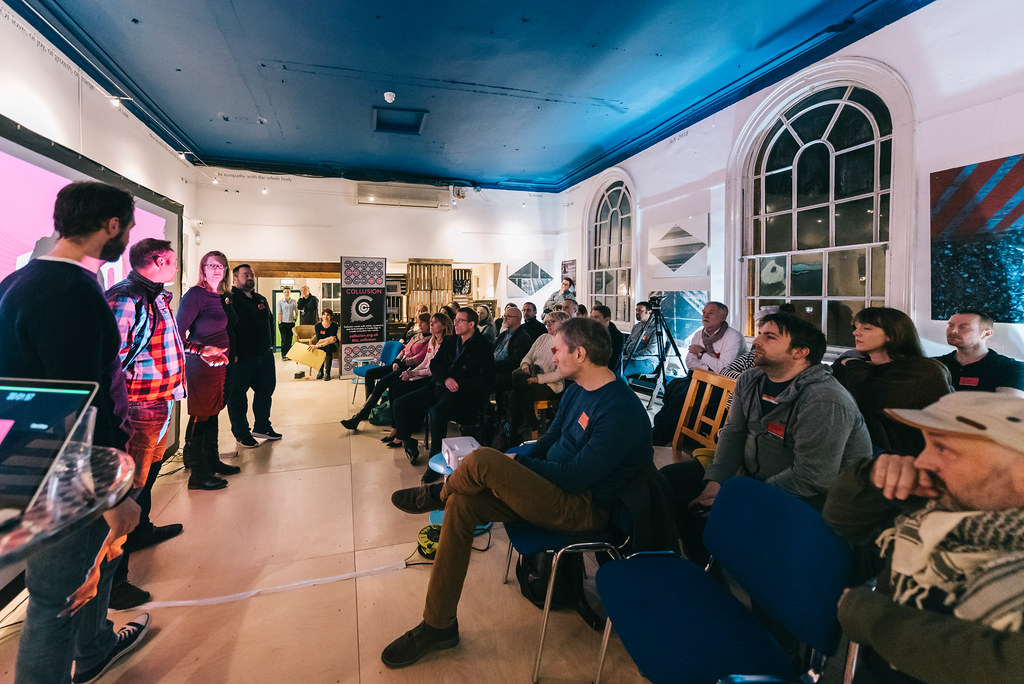 Future Takeover ran over two evenings, Thursday and Friday, as well as during the day on Saturday. Each evening presented a diverse mix of speakers, including cultural strategist and producer Sherry Dobbin, Umbrellium partner Andrew Chetty, and University of Cambridge future-transport researcher John Miles. The most significant contribution came from 14-year-old Emily Stevens, who talked about a youth vision for the town, which she’d put together with her class at school.

At least 193 people attended Future Takeover, describing it as inspiring, positive, and an important event for the town. The event attracted people who don’t usually take part in the arts: 28% of the audience typically only go to an arts event every six months or less. Future Takeover has created a strong foundation on which to build further activity involving public and private organisations and the town community.