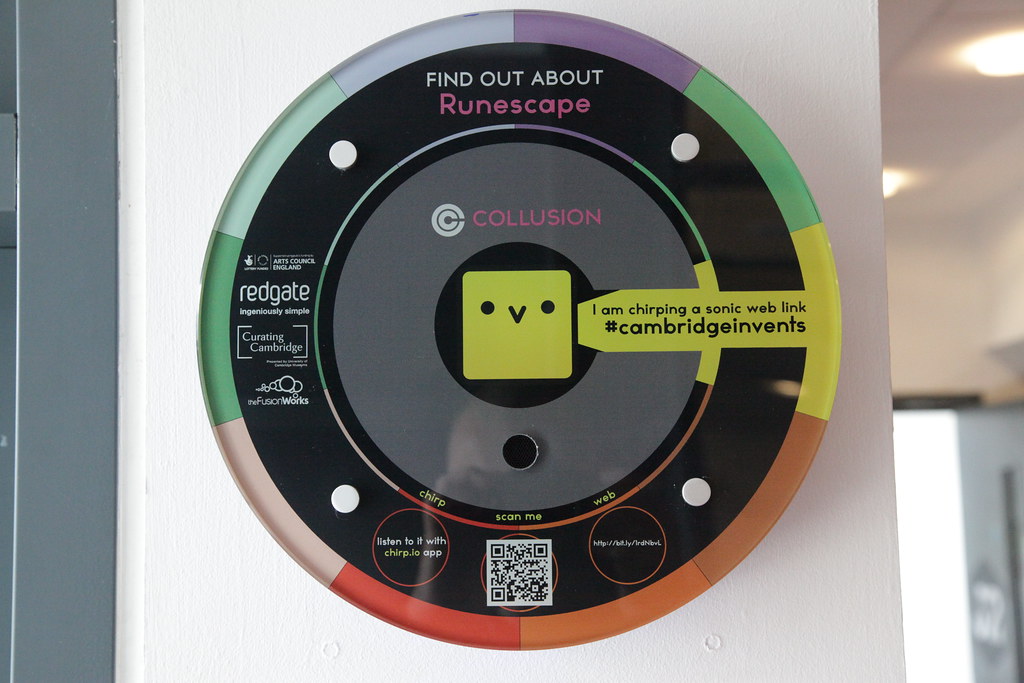 Cambridge is the UK’s most innovative city. 2014 figures revealed that it had more patents granted per 100,000 residents that the next five UK cities combined (Source: Centre for Cities, Cities Outlook 2014).  Yet much of what happens in Cambridge and it’s contribution to the world is unknown to residents, tourists and the wider world. So Collusion set out to spread the word!

Our hope was that Cambridge Invents will both amaze and inspire viewers as they found out just how creative the city is and how crucial Cambridge technology has been – and still is – to the development of the products and services that have changed the way we live our lives and those of millions of people around the world. Our city is full of extraordinary people and ideas. These stories deserve to be heard and shared widely.

Cambridge Invents was originally showcased as an interactive digital art project celebrating some of the city’s astounding technological inventions and the stories behind them.  In ten venues across the city, including Cambridge Junction, Kettle’s Yard and the FitzWilliam Museum, we installed ‘chirping’ invention points, each one celebrating a different invention, which played a pre-programmed chirp sound – aka a sonic barcode, every minute or so.

The project was part of the Curating Cambridge programme led by the University of Cambridge Museums in October 2014, and was supported by Redgate and Arts Council England.